Today's about letting go. Letting go of something and wake up from my fantasy. My mind is clear but my heart is not made of stone, baby. In fact, it's made of glass. Broke into a million pieces previously, sometimes I think it's better to leave it broken than hurt myself trying to fix it.

Have you ever hold on to something, something that you possess want so much, and then, let it go in the end? It feels so heavy-hearted. So difficult. My motto is simple, just like my tagline - Just do it, make it happen, but when it is starting to hurt, it's time to let go.

I saw this in FB last week, a friend posted on her wall: Never let someone let you down for more than two times. One time, it's a warning. Two times, it's a lesson. More than that, it's a choice, don't blame anyone. I prefer to rephrase it to: More than that, it's stupidity. Plain stupidity. There's no turning back for stupidity. You think about it, utter some vulgar words, then move on.

So, let go when that thing is starting to eat you up. No point making a big hoo-haa out of it. The other party might be enjoying himself, heehee-haahaa celebrating, while you are here, crying about it. Silly, isn't it? So, so silly.

I saw Claire's comment in TM's post, which I like very much. Pinjam sekejap, k?
Life is short, time is fast, no replay, only in my mind, no rewind, only in my dreams, discard the sour, keep the sweet.

Dear heart,
Let me let go, forgive & forget about the past. Thank you. Oh heart, there's another message for you: 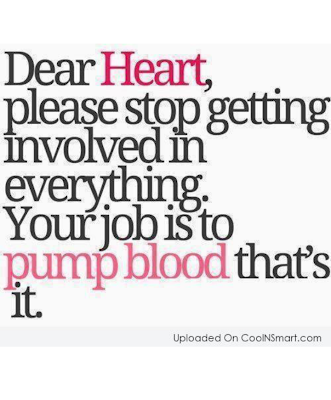 Posted by Princess Ribbon at 08:03