Ta-daa! Received this from SK before lunch time. Fuiyoh, got medal somemore! When I opened the parcel, I was only expecting my CD. But there were also a CNY card and a medal! I was like, wow. 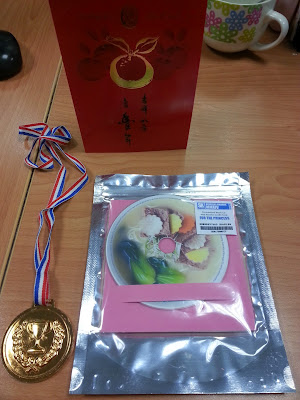 And look at SK's thoughtfulness! Personalized music CD with noodles in ABC soup cover leh! Coz my trademark is always ABC soup. OMG, what should I say now? 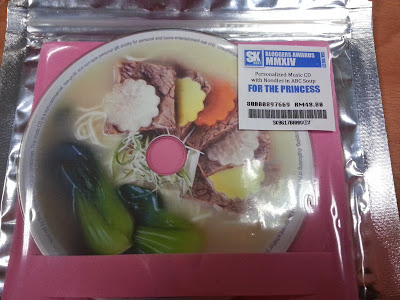 I don't know what to say, so I just express it in my picture below la ok? Thank you SK, I love you :) 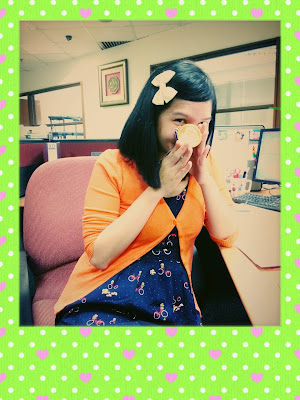 Email ThisBlogThis!Share to TwitterShare to FacebookShare to Pinterest
Labels: Occasions

Believe It Or Not

The first time I did this, Kz & G were down with chicken pox, and not too long after that G was hospitalized for high fever, and then before his fever recovered, he fell down from the bed and got himself 3 stitches on his forehead. I had to take two weeks off from work to take care of him, and sent him to my parent's place for another week to recuperate.

It was all in the mind, and we couldn't control chicken pox and fever and accidents, yes?

So last week, I didn't know why, but I decided to "test" and did it again. I placed a jar of water in front of my pc, but I did not place any jar of water at home this time. I know most of you would say it's all in the mind, but I started placing the jar last Wednesday, and I got body ache (again) and it lasted til today (Monday). The pain was terrible, I couldn't sleep well, eat well, felt giddy most of the time.

Today once I reached the office, I removed the jar of water, but before that, I managed to snap some pictures.

Here's the jar of water. 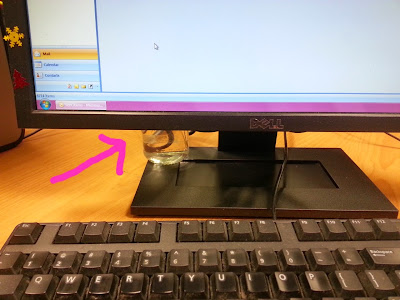 And here's the location of the jar of water. Coincidentally east direction too. 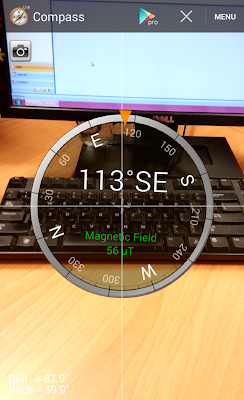 Maybe east direction at home and in the office is not good for me? I don't know. But for sure, I would remove it today, and see if the body ache's still there.

Ok, for those who knows Cantonese, "sum lei jok yung"?

Wall stickers - the new craze now. Couldn't stop myself from buying wall stickers every week for the past few weeks. I bought most of them from Groupon.

A small humble tour around my hut, if you don't mind.

Here's the sunflower wall sticker at the entrance of my hut. 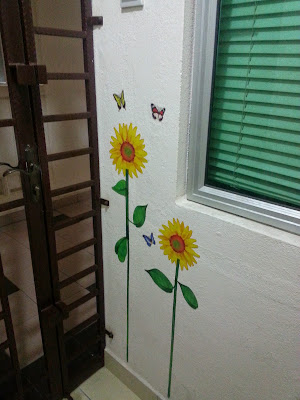 There are four sunflowers on one wall sticker. So I used two flowers for the entrance, one here, at hubby's study room's door. 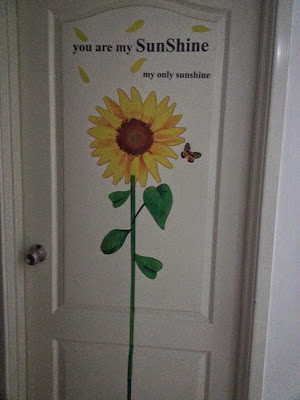 And the last one for the wardrobe room door. We call this the "hang clothes" (long sam) room coz we live in a condo, there's no garden to hang clothes, thus, we hang our clothes in this room. Oooo, can you see some flowers and butterflies too? 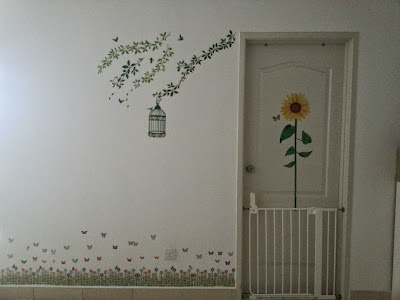 Next, the bird house sticker. Again, these four bird houses and trees and birds come in one piece, but I cut and separated them so that I could use them on 3 doors. One for the masterbedroom door, one for the kids' room door and one for the toilet door. 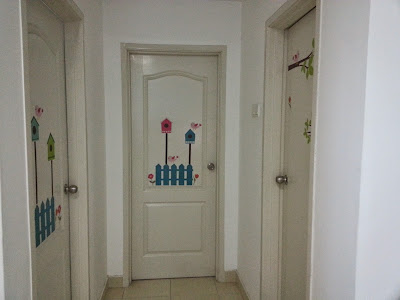 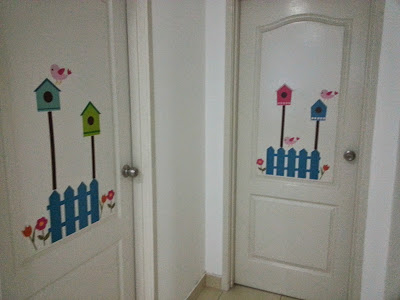 Lastly, here's the wall at the living room. The TV is located on the right after this wall. This wall is facing the living room main window. so we have some chirping birds, crawling beetles and grasses too. 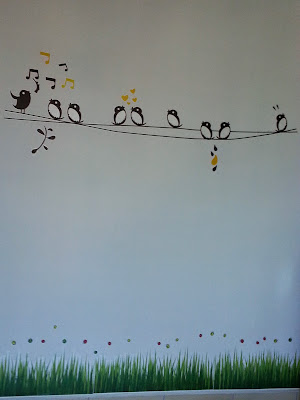 Email ThisBlogThis!Share to TwitterShare to FacebookShare to Pinterest
Labels: Home

He's not someone important, but I hate don't like it when things don't go my way.

Ten minutes later.
H: They all want to go to XYZ, ok ahh?
Me: You are TELLING me, you are not ASKING me, right?
H: How?
Me: Not joining, you go ahead.

I dislike guys like this - with no say, no stand, no power no opinion. Can't he at least suggest that we go to ABC?

He always says I'm "yeh marn" (stubborn) and "pah dou" (control freak). Is it me? Or all most girls are like that? I'm not saying I wanted to be treated like a queen, with full attention, but if you can't decide or have no power to decide, or have no say, then don't ask me in the first place, yes? Ask the others first, then only come to tell me we are going to XYZ, geddit?

Call me anything - merajuk, manja, ngada-ngada, lebih-lebih, but if you are not going to follow my suggestion, don't come ask me what I want in the first place.

Since everyone is posting about New Year and all, I also want to do the same. Just a short and simple post on what I did on New Year.

We went to Ikea and IPC, and while the three boys were walking happily in front, Princess Ribbon the "maid" tagged followed behind to push the stroller, carry their bags, water bottles and of course, to snap pictures, haha. 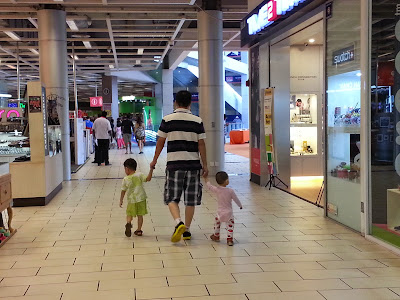 G made a scene before we left Ikea, showed tantrums and all. 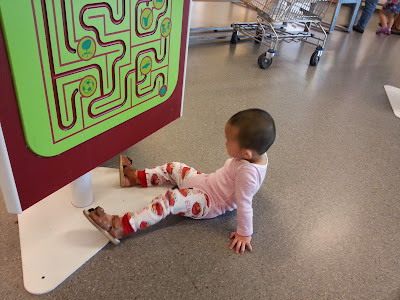 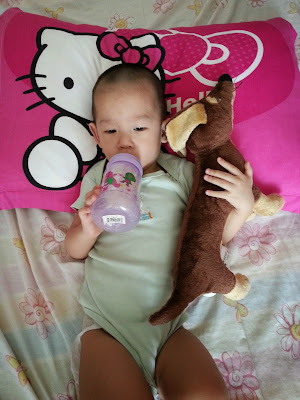 Email ThisBlogThis!Share to TwitterShare to FacebookShare to Pinterest
Labels: Family, Occasions, Out and About
Newer Posts Older Posts Home
Subscribe to: Posts (Atom)