I mentioned before here that I fear Saturday morning very much because hubby works half day and I will have to take care of the two rascals at home by myself.

It's not easy bathing both, feeding both, entertain both, playing with both, putting both to bed - all at different times. And oh, different place (for sleeping) too. Kenzie sleeps in the master bedroom with the aircond on, whereas baby Gavin sleeps in the other room. But at night, Kenzie sleeps with hubby in the other room, and baby Gavin sleeps with me in the master bedroom. Sounds confusing? Forget it. Haha.

Anyway, last Saturday I tried putting them together when they were asleep, so that I could enjoy the aircond (and perhaps, nap a little), instead of keep checking on baby Gavin in the other room while napping with Kenzie, but to my dismay, it only worked for less than half an hour. Baby Gavin made a lot of noises, stretching and all, so I had to put him back in the other room as I was afraid Kenzie will wake up.

So on Saturday morning, here's what my routine sounded like:
I woke up at 7am and boiled chicken porridge with carrots, potatoes and tomatoes for Kenzie. Of course I finished off the entire bowl after he ate a few spoons. 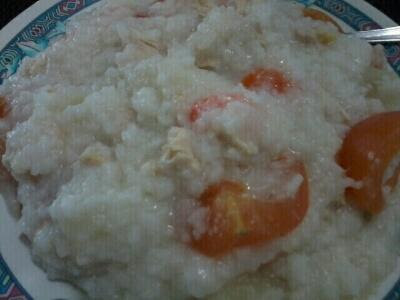 He woke up at about 7.45am, baby Gavin already woke up at 7am by the way. I bathed Kenzie first, and then bathed baby Gavin. Became a play-maid and house-maid to both the whole morning, did some housework and all. 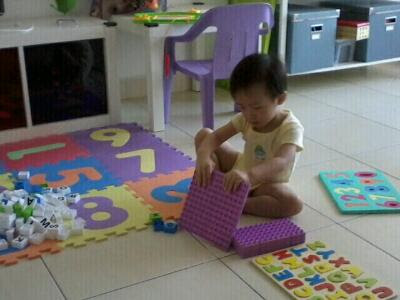 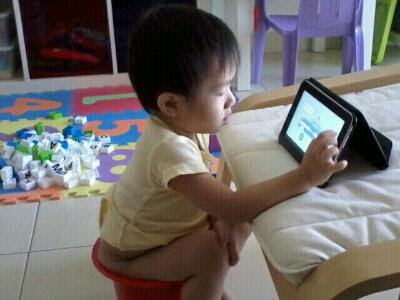 So after I used the pump, he pooed, and slept. Phew. Peace at last. 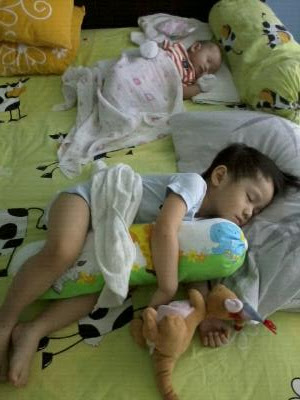 Hubby came home around 1pm after work, tapau-ed chicken rice and we ate. Kenzie woke up at 3pm and  skipped lunch because we would be going to the in law's and would normally have early dinner there, around 5pm. Came home around 7pm, I bathed baby Gavin, hubby bathed Kenzie. And that was my Saturday, gone in a blink of an eye.
Posted by Princess Ribbon at 07:55 No comments: