Occasion: Christmas ~ My favorite season of the year :)

Took the kids out to let them "feel" Christmas. Ho Ho Ho!

First, a carousel ride. The ride was moving, so forgive me for the blurry picture. Oh, it was RM6 per ride, not cheap. 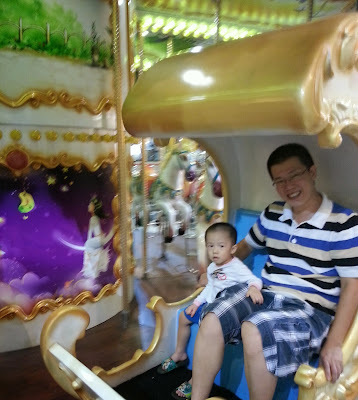 While waiting for the hubs and Kenzie boy to finish the ride, I took a picture with baby G who could only sit in his stroller and watch, poor thing. 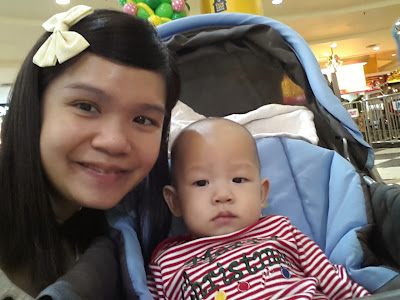 Kenzie boy always talks about Christmas trees at home, but when we finally saw one, he ignored and walked away. I dragged him back and forced him to take a picture. Look at his reluctant face. 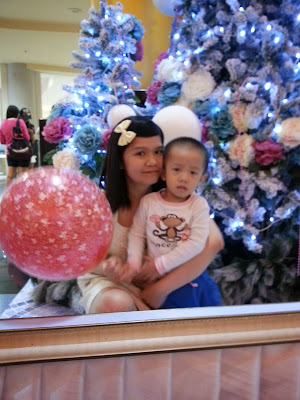 Next, we went to have lunch at Pasta Zanmai. Kenzie boy loves anything spaghetti or anything creamy with white sauce. So, Pasta Zanmai we went.

Chicken cream sauce pasta for me, beef pasta for the hubs (picture not taken), mini mushroom pasta for Kenzie boy and there was also a mini cheesy-ham-tomato pizza. Oh, wait, there was a potato salad and a potato cream soup too, but picture not taken due to the kelam-kabut-ness when the food all came together. Managed to just snap what's below. 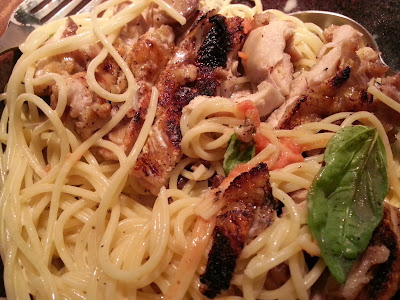 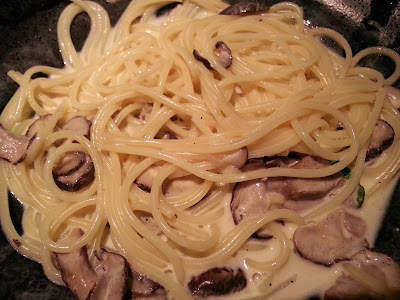 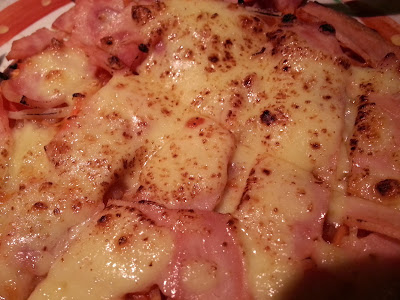 Kenzie boy glued to the tablet, while baby G chewing on a zucchini (from the potato salad), and later he chewed on a brocolli (from the potato cream soup) and also on some spaghetti strands. So mummy & daddy could eat in peace and it lasted for about 10 minutes. 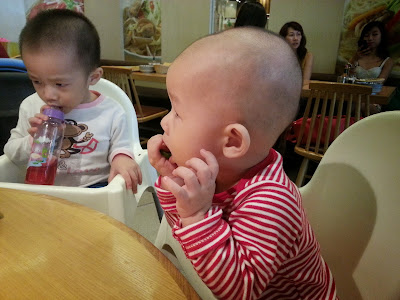 Did not buy anything. Went home straight after lunch because the kids got restless and started their nuisance-act. Ahh, but better than not going out at all right?
Posted by Princess Ribbon at 07:54

Email ThisBlogThis!Share to TwitterShare to FacebookShare to Pinterest
Labels: Gavin, Kenzie, Occasions, Out and About