The OPK Playing Me

I am a POAS addict, I could not help but pee'ed on them again last night as I still have a few more cheapies to spare. The second line immediately appeared and gave me a dark positive in no time! Usually the second line takes longer time to appear, and usually faint. But last night, result line was same colour with the test line!

Anyway, I am not putting any hopes for a BFP this month, because I just know I am not pregnant. I tested with a clearblue on 10dpo, and it was a BFN! I pee'ed on my opk, almost faint+evaporated line. So there, I can confirm I'm not pregnant.

I've lost hope and is certain AF will show up this week. But why now a dark positive on the opk? 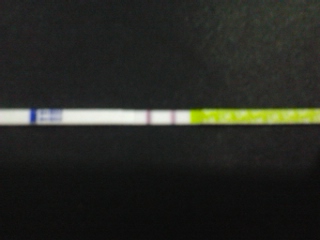 Posted by Princess Ribbon at 06:59

Email ThisBlogThis!Share to TwitterShare to FacebookShare to Pinterest
Labels: TTC