Weekend Update - An Ordinary One

It's been a while since I last blogged about weekends and all. So here's one.

Anyway, on Saturday, as usual, hubs went to work (he works half day). I ran out of ideas of what to cook for Kenzie already. So I just boiled some maceroni, heated up leftover chicken soup in the fridge, cracked an egg, added cheese and mixed everything in. 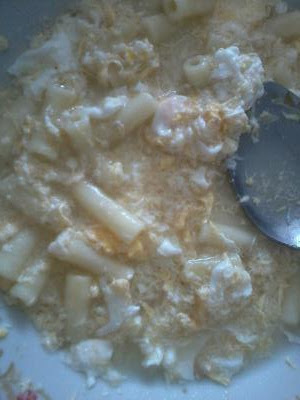 Then as usual, went to the in law's in the afternoon. Took the picture just for fun, haha.


Had dinner and it was awesome. The mother in law can really cook good food. I had second (and third and fourth helpings). Gawd, I'm gonna be fiat !
*From right: Fried fish, fried chicken, potatoes and minced meat, stir-fried kailan with meat, lotus soup, sweet sour meat and sardines. 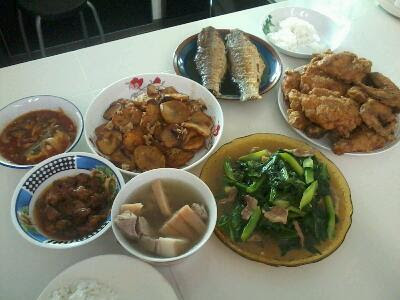 Came Sunday. The hubs went to Ikea and bought some stuffs for the house. Cabinets for Kenzie's book & toys, a play tent and kitchen racks. But I only took picture of the tent. 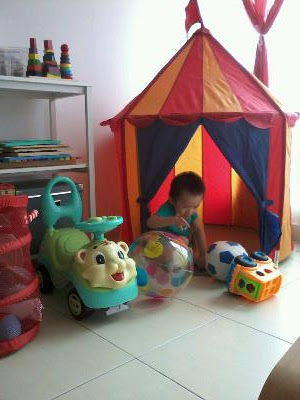 Then I cooked dinner - steamed egg with minced meat and mushy one-pot chicken rice with brocoli. Yes, I know it looks mushy and yucky, but believe me, it tasted good and Kenzie finished the whole bowl! Yes, because it was mushy, he ate more. 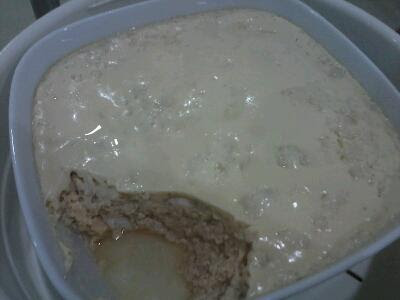 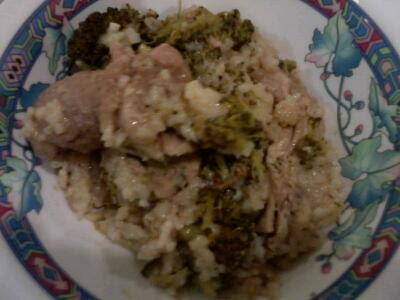 The came Monday. Nothing much to write about. Made eggs and oats for Kenzie's breakfast. Then my parents came to visit, brought some food too, which I heated up for dinner. Oh, here's my baby G, taking an afternoon nap. Look at his lips, feel like kissing him all the time. Oohh, don't you want to keep smelling that whole head too? 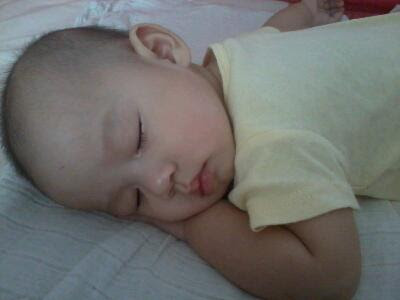 Posted by Princess Ribbon at 07:53