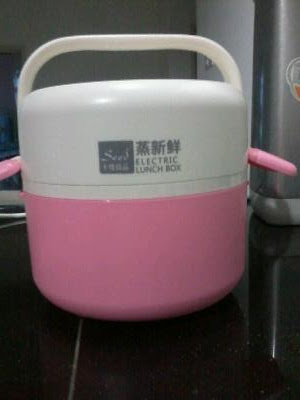 It looks kinda cute, don't you think? Tried on it on Saturday. Porridge with chicken, pumpkin and 'ngan yue zhai' (small type of anchovies which look like maggots, hehe). 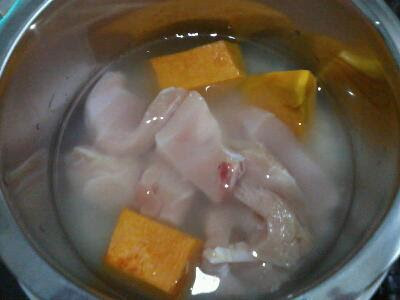 I filled the bottom of the electric lunch box with 80ml water, and started to cook the porridge. I filled up with water at the bottom and also in the porridge pot for a few times to let it continue cooking. Afterall this is the first time I'm using it, so I am not good at the measurement estimation and all. Porridge ready in about 1 hour. 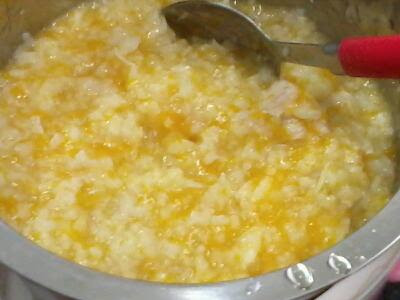 Verdict: I didn't really quite like it, to be honest. The switch kept auto-on and off during the whole hour. It will auto-off when it gets too hot, then auto-on again after like 1 minute or so. This went on and on for one hour. Hubby said this is not a good thing. This means more electricity is being used. But hey, I've already bought it (and it was not cheap ok), so I will have to keep using it every weekend to whip up small portion of food for Kenzie.
Posted by Princess Ribbon at 07:42

Email ThisBlogThis!Share to TwitterShare to FacebookShare to Pinterest
Labels: Cooking With The Electric Lunch Box