The Aquaria - Nothing To Hoo Haa About

Kenzie's nursery would only be opened on Wednesday, so I decided to take a day off on Monday because hubby told me he would bring Kenzie to the Aquaria. We went on Monday as it would be less crowded.

When we reached the Aquaria, there was already a long Q to the entrance. Once we went in, Kenzie did not like the environment as it was dark and crowded. He kept asking to be carried instead of walking+exploring by himself.

The trip ended after just 45 minutes! Nothing to hoo-haa about, nothing much to see, nothing much to explore and the space was small (compared to the one in Langkawi). Oh, and no penguins too, sigh. I thought there would be penguins as the Langkawi one had penguins. Anyway, for a 2 year-old, the place was not that bad. Just that he kept requested to be carried and whined a lot. Nuisance!

We had lunch in one of the restaurants, and then came home.

After a short rest at home, we went to the nanny's to take Baby G for his checkup+jab around 2pm and yes, the paed confirmed that the patch on his cheek was ringworm. Gave some cream to apply. 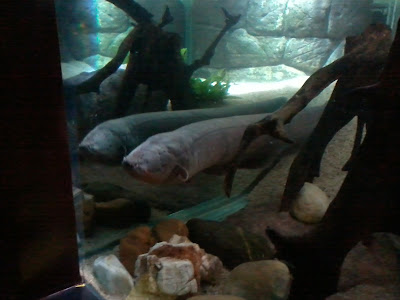 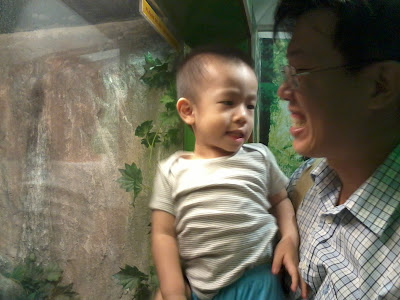 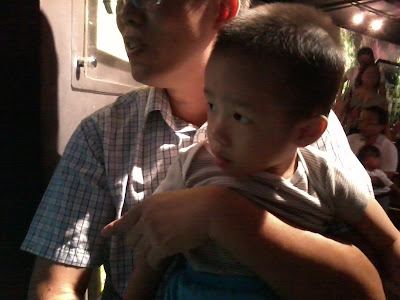 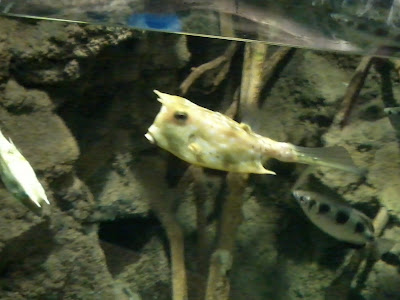 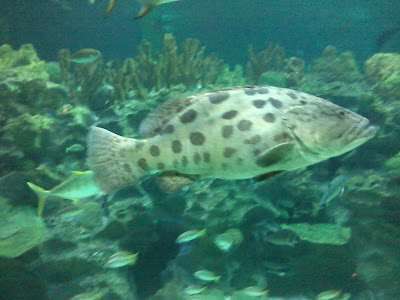 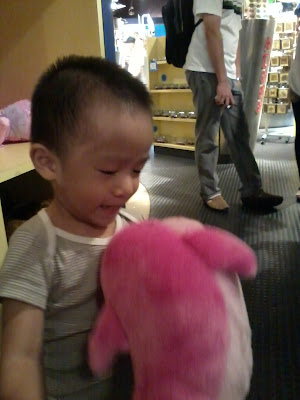 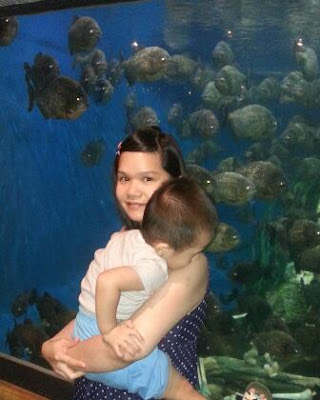 Posted by Princess Ribbon at 08:27

Email ThisBlogThis!Share to TwitterShare to FacebookShare to Pinterest
Labels: Kenzie, Out and About